Riding the Tiger vs. Hanging on to its Tail? TMVAW in Kerala and the Resistance to it 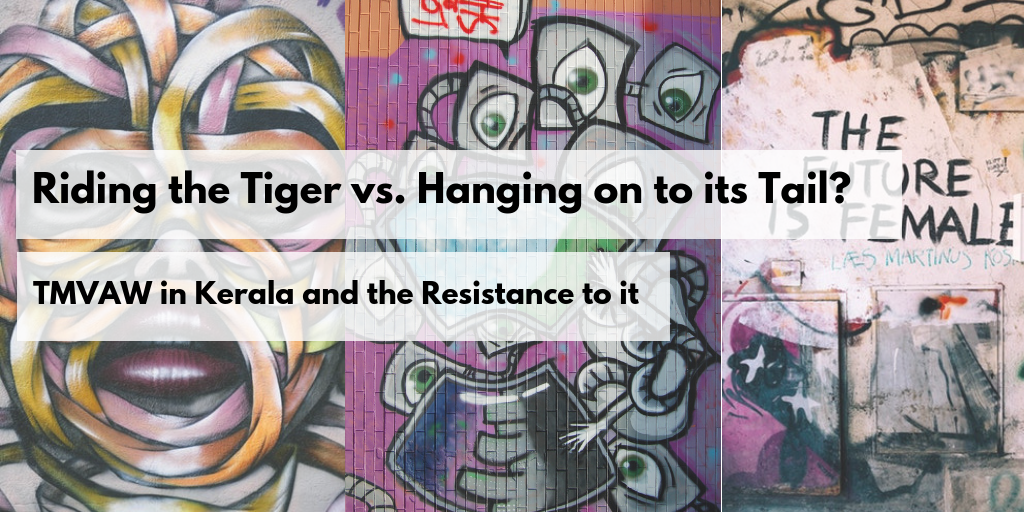 It is therefore not surprising that more and more young Malayali women seek the social media not just as a place to hang out but also to assert themselves as full human beings and citizens. For it appears to them that the constraints imposed on them by offline spaces may be overcome here. As a feminist lawyer who helps young women survivors of TMVAW noted, “It was not common, if you remember, for a lot of women to actively participate in public forums of debate – I mean, even if there were lots of women, for example, in student organisations’ meetings, not many would speak sharply and vociferously. Most women had no experience of speaking at a gathering, and definitely little experience in debating. That lacuna began to be felt less with online access, since women were now not constrained by time ... or the challenge of having to face so many faces – faces that would be judging and evaluating even though not always hostile – in a real audience. I think that has spurred women’s ability to argue, to use strong words, and especially to use humour! This is provoking a lot of male insecurity.” The risk of ‘climbing on the [ICT] tiger’ seems worth it!

The disconcerting fact however appears to be that police officers, even those who would want to side with the survivors, veer too frequently into precisely protectionist discourse. Both in our interviews with them as well as in survivors’ recounting of their experiences in police stations, their chief advice to women is to avoid ‘catching the tiger by its tail’ (this appeared in casual talk preceding the interviews with police officers more than once). Once you do that, they imply, you are done – you have to follow it endlessly, for it eats you up if you don’t. Therefore do not loiter in social media. A senior police officer, known to be sympathetic to women complainants in TMVAW cases, told us: “...we are still to learn what I call cyber discipline. That refers to the ability of the person to go to the cyberworld with a pre-fixed purpose, use tech to complete it, then log out safe. Are you buying something on Amazon? Great – go there, buy, come back and log off. Don’t browse. The very concept of browsing on internet is dangerous and leads to harm.” Perhaps even more disturbing was his insistence that his concept of ‘cyber discipline’ is gender-neutral, for it seemed to cancel out the very possibility of building publics in cyberspace.