The note made several assumptions about the inherent superiority of the private sector, and seemed to suggest that government school system has not worked and private schools are a systemic option.

IT for Change helped bring together educationists across the country on this issue, drafted collaborative reviews of the draft document, supported consultations on the document in Delhi, Bengaluru and Mumbai. Several research papers, think pieces were shared in these consultations, refuting these and other assumptions made in the draft document.

The objectives were to assess the rationale for PPP models and strengthen the public education system/alternative models. The summary of these consultations was submitted to MHRD, to advocate against the privatisation of school education, proposed through this document.

MHRD did not proceed with this document or the process.

The note says in many places that private sector has inherently superior characteristics such as managerial efficiencies and that competition amongst private actors would reduce costs and improve quality. On the other hand, it says government schools inherently suffer from poor accountability and bureaucratic rigidities. The note does not discusses any problems or limitations of private schools, nor does it discuss any positive possibilities or strengths of government schools. The note proposes models in which new schools would be setup by private sector with public funding and other models where existing government schools could be taken up by the private sector.

It is the first document from the government which thus seems to suggest that government school system has not worked and private schools are a systemic option. Such a fundamental structural change needs to be widely debated to to understand its implications especially in the context of (elementary) education becoming a fundamental right reinforcing the governments obligation to provide universal education of an equitable quality and also in the nature of education as a nation and society building activity. The experiences of few countries that have attempted such privatized school models, as well as PPP projects within education and in infrastructural sectors needs to be studied, since many of these suggest that privatization creates much bigger problems than existed and also does not provide the expected cost savings or other benefits.

The note uses a few terms and concepts in an ambiguous manner. Firstly, in PPP, both in practice and Indian policy, the private party is a business entity. However education is not a business. Also the education system has had a long and rich history of participation by the voluntary sector (Trusts, endowments, philanthropies etc have setup and run institutions). Hence the term PPP should be dropped and a term like 'Government Civil Society Collaboration' should be used.

The note clubs non core processes like construction of school buildings and pedagogical processes like teaching-learning, teacher education. These need to be separated. While non core activities can be outsource on PPP or normal contractual bases to business entities, core pedagogical processes cannot be given to business entities, since these are not and cannot be commercial activities. Even in seeking the support of civil society entities in the pedagogical processes, government needs to have well defined rules and criteria to select the entity, which should include their credibility, experience, stated vision/perspectives etc. The future of our children, many of them from vulnerable backgrounds, is at stake and this matter needs careful consideration.

This note appears to violate existing accepted educational legal-policy frameworks including the Right to Education, National Curricular Framework, PRI Act. It needs to proceed from the principles and guarantees in these and other accepted laws and policies. Education is not a mere 'service' to be delivered, but perhaps the most important social instrument to build a stronger society and country and educational policy needs to be firmly based on educational perspectives and be driven by those having deep experience working in the Indian education system.

The note makes unsubstantiated assumption regarding the superiority of private schools based on their efficiencies in lowering costs, improving quality, higher accountability etc arising from (monetary) incentives/disincentives and competition. There is evidence to disprove these assumptions and these practices can greatly harm the school system, especially with regard to equity, by creating a more stratified and inequitable school system. Since education is an important social instrument to build an egalitarian society, a stratified school system can cause enormous social injustice and aggravate inequity.

The note seems to suggest that government schools cannot be reformed and are inherently inferior to private schools. Such resignation is neither warranted (there are role model government schools such as Kendriya Vidyalayas and several state government schools) nor acceptable given the constitutional responsibility of the government to provide universal education of an equitable quality.

Consultations were held at

Concept note for the consultations

Enclosed with the letters to the MHRD, the following relevant supporting resources were sent: 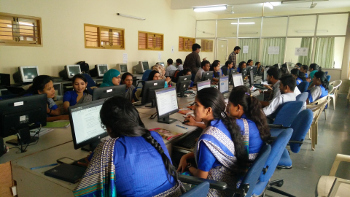