On March 24, the Ministry of Electronics and Information Technology issued an advisory to States, asking them to treat e-commerce as an essential service. A few days before, industry body CII had urged the Centre to exempt e-commerce (delivery and shipment) from Covid-19 preventive measures. Being listed as an essential service came as a moment of validation for both e-commerce companies and consumers who rely on home deliveries.

The ensuing disruptions, however, have revealed the invisible links tethering the digital economy to the dynamics of the real economy, including its dependence on human labour. The mere declaration of e-commerce as essential was not enough to ensure supply chain efficiency. This pointed to the fallacy of a crisis-response modelled solely on neoliberal faith in a self-correcting market.

Even though the advisory observed that any policy wishing to enable e-commerce deliveries during this pandemic delivery should also cover warehouse operations, shipping and logistics, it assumed that these are the only aspects requiring human intervention in e-commerce. But the supply chain feeding into this industry is sustained by a complex interconnected infrastructure at every level. For instance, there have been instances of petrol not being available to the fuel delivery vehicles and the trucks transporting produce. Also missing were amenities (such as water, food and lodging) along the highways that connect India’s hinterlands to cities.

The idea of a centralised online market relies on an uninterrupted supply chain from de-centralised sources. This invisible network has been treated as a secondary consideration in this crisis. In the market for perishable goods, the effect of any interruption renders produce unfit for sale within a matter of days. This creates a twofold consequence: a rickety supply chain unable to service consumers and a devastating loss for farmers.

Local agriculture markets (APMCs) have also taken a hit. Sellers are reluctant to function in crowded markets, fearing the virus as well as police violence. The situation is aggravated by the non-availability of transport to arrive at trading centres. As a result, stocks of raw material have started to run dry at processing and distribution units. Grocery delivery firms such as Big Basket, which depends on farmers bringing their produce to collection centres, have buckled under the cascading effect of supply chain issues.

Labour and other weak links

The industry also faces a massive labour shortage. Delivery personnel are (rightly) apprehensive about working in these conditions. They are afraid of catching the disease. Those who continue to show up to work on the frontlines are attacked and harassed, exposing the skewed burden of risk in this ongoing crisis. Reports showed the police beating up delivery personnel for violating social distancing and lockdown measures, with little recognition for their indispensable role in e-commerce deliveries.

The so-called digital efficiencies of e-commerce hide the burdens of the negative externalities arising from market failures borne by the most vulnerable workers. When the violence discouraged delivery ‘partners’ from returning to work, companies responded by trying to onboard more workers, rather than providing protection and incentives, reducing bodily violence to a labour shortage problem.

To make matters worse, the Centre’s advisory has been interpreted and applied in different ways by the States, creating policy dissonance. The industry is now faced with the reality of Indian constitutional federalism that confers authority on local governments because they are best-placed to understand local concerns and contexts.

In the face of such decentralised ways of interpreting and implementing information, e-commerce companies face a disruption of services, which is starting to affect their already diminishing activity and revenue streams. Paradoxically, even as companies sought a more centralised and uniform response to ensure continued business, the crisis required locally-tailored responses in the form of coordination between local providers, police, civil society groups, and State departments.

The prevailing perception of e-commerce as a seamless facilitator of economic activity has lent credence to over-optimistic rhetoric on start-ups and digital businesses, with little or no attention to the architectures of labour that scaffold the fledgeling digital economy. If the working class was kept central to the policy response, perhaps the humanitarian crisis of migrant workers stranded and abandoned to make their way back home would not have been so severe.

A crisis response must reason with the sudden social, economic and political changes in a country. Reckoning with this reality, the Centre has made some policy changes in the days following the initial chaos. On March 29, all goods, and not just essentials, were permitted to be transported across State borders. Farmers can now sell their products without having to transport them to APMCs, and corresponding changes have been made in the e-NAM platform to enable this, easing the path for produce to move from farmers to e-commerce players.

While these are welcome developments, a comprehensive policy framework is needed on e-commerce and labour. In times of crisis, ensuring the uninterrupted supply of basic essentials is imperative. To that end, the weak links of e-commerce in connection to the real economy need to be addressed. Let’s now discuss some areas where a fundamental shift in approach is needed.

First, the invisibilisation of the labour underpinning e-commerce reflects the absence of proper labour legislation in this industry. These workers are not recognised legally as employees and are therefore denied the rights and social security benefits that attach to an employer-employee relationship. They have no opportunity to negotiate, bargain or otherwise organise for their rights, and are consequently trapped in an increasingly exploitative system.

There is a pressing need to bring these workers under the protection of labour laws, by expanding the traditional definition of “worker” to include those participating in the digital economy. The Draft National e-Commerce Policy is an attempt to regulate the growth of this industry in India. However, a growing e-commerce sector also requires a focus on the rights of workers from both the visible and invisible segments of the industry supply chain.

Secondly, big e-commerce companies enjoy near-monopoly over the data they collect, effectively creating an insurmountable barrier to entry in the industry. To create a space for alternative models of e-commerce, regulatory approaches must not only prohibit anti-competitive practices but also acknowledge the advantages these companies gain from being the first-mover in a data-driven industry. The links between data collection, its conversion to intelligence and value addition in the digital economy must be regulated to ensure fair and open competition at every stage of the digital value chain.

This would allow alternative e-commerce to flourish, reducing the consumer’s dependence on centralised and monopolistic transnational corporations that destroy the ability of local economies to go digital.

Lastly, local economies must have the scope to reap digital dividends. This requires de-centralised digital infrastructures along the supply chain, which feed into local needs and do not converge into a central corporation. Cooperatives that democratically create, manage, and own data infrastructure are a promising alternative. In agriculture, particularly, cooperatives and farmer-producer organisations equipped with technological capacities can distribute gains among themselves while maintaining food supply chains regionally.

The state should play an active role in integrating these local units into the national agriculture market through support for cooperative federations that act as the coordinating body. This requires a whole range of supporting infrastructure and institutional mechanisms including improved access to public portals such as e-NAM, facilitating transport, incentivising local innovation, and privileging common pool resources and knowledge systems over corporate capture of local economies.

The current pandemic, which has exposed our reliance on e-commerce deliveries, offers a good opportunity to reform agri-business in India. With robust policy action, this transformation can benefit actors at every stage of the supply chain. There is an urgent need for coordination among local authorities, State governments and the Centre to develop coherent policies that protect the food supply chain, adapt it to the unique exigencies of this crisis, and strengthen its resilience for the future.

That the lockdown has been marred by fractured supply chains and insecure access to food speaks volumes on the larger failure to link the digital economy with its actual bare-bones — labour, physical infrastructure and institutions — when it comes to formulating policy responses.

This article was originally published in Hindu Business Line. 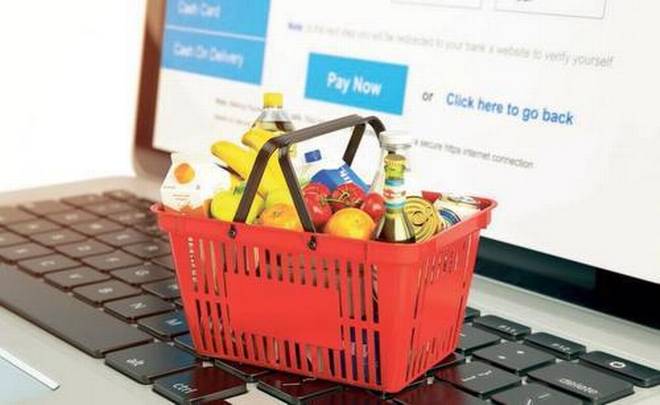